Egyptian nationality is known for being one of the strongest Arab nationalities, which is why many Arab citizens, including Libyans, plan to apply and obtain Egyptian nationality due to the current economic prosperity that Egypt is enjoying, especially in the real estate field.

How Libyans Can Earn Egyptian Nationality? 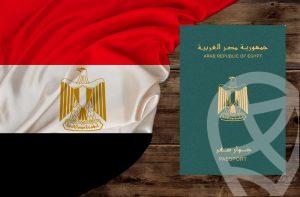 On 14 March 2020, official sources announced the new law that states the requirements of obtaining Egyptian nationality for foreigners, which was issued from the House of Representatives Law No.190/2020. This law’s aim is to facilitate the process of application and to clearly state the requirements for applicants, which include the importance of the applicant being sane, an adult, has a stable source of income, and does not have any criminal record.

There are also other requirements that include:

Advantages of Investing in Real Estate for Foreigners

According to Law No.230/1996, Egyptian law allows foreigners to invest and buy Egyptian real estate properties which include already-built properties and lands, using their passports.

For many, real estate investments are much better and more rewarding than bank investments due to the following reasons:

How to Buy A Real Estate Property to Earn Egyptian Property

According to the amendments to the law on granting Egyptian citizenship to foreigners, real estate investment or the purchase of a housing unit in Egypt worth $500,000 are steps that can be followed.

The Cabinet of Ministries emphasized that according to specific conditions, the property must be purchased from a state-owned company.

Egypt enjoys many areas and cities whose net worth testify for its investments, and they include various types of real estate such as administrative, commercial, and residential. Also, each area is known for its strong infrastructure and for having all types of services that its residents might need. Some of these cities are:

The New Administrative Capital: This project includes a number of developers and luxurious projects that all function under the supervision of the government. Therefore, it automatically attracts foreign investments and many commercial hubs that all provide the clients with various options of investments; commercial, residential, and administrative

The New Alamein City: This project is known for its strategic location on the North Coast and for enjoying many natural sceneries. Moreover, the magnitude of investments pumped into it reached tens of billions in order to transform this area into a smart city that is designed to provide its residents with a modern, luxurious, efficient, and calm lifestyle. Some of its most famous projects include North Edge Towers, the Latin Neighborhood, and Mazarin Compound.

Start searching for properties in Aqarmap