There are numerous historical neighborhoods to visit in Egypt, as they reflect a civilization that spanned thousands of years. These neighborhoods blend a wide array of cultures, in a way that form a kind of an incomparable mixture, and unmistakable magic.

The magic and beauty of Egypt lie inside these ancient neighborhoods and eternal alleys, which embrace the stories of antecedents and so many facts as well as myths.

We toured Cairo’s ancient neighborhoods and Alexandria’s most beautiful districts, as well as other sites in other Egyptian governorates. Eventually, we found it joyful to display some vital information that characterizes each of these places.

Most Vital Historical Neighborhoods In Cairo

Old Cairo is located south of Cairo. It is one of the largest and most famous neighborhoods in the Egyptian capital.

Azbakeya is one of Egypt’s historic neighborhoods that date back to the Mamluk Sultanate era. After the Egyptian Revolution of 1952, It was known to be one of Cairo’s upscale neighborhoods.

It was named after the famous Soor El Azbakeya (Azbakeya Wall). The Wall has been one of the most famous places in Cairo linked to the sale of books and to culture.

The neighborhood also houses the historical Azbakeya Garden and Palace. 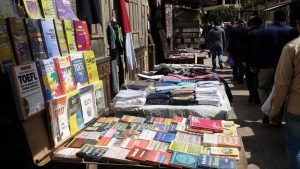 It is one of Egypt’s historical districts that dates back to Amr Ibn El Aas; an Arab commander who led the Muslim conquest of the North African country in the 640s A.D.

Ibn El Aas has established Fustat as the capital of Islamic Egypt. The beauty of this place still dazzles visitors as yet.

Among the most important features of Al-Fustat neighborhood are the famed Mosque of Amr Ibn El Aas, the Babylon Fortress, the Hanging Church and the charming Fustat Park.

Located in the center of Alexandria, Azarita’s buildings are affected by Greek and Roman architecture.

It contains some of the most important landmarks in the Mediterranean governorate, including Bibliotheca Alexandrina, El Shalalat Park, El Qaed Ibrahim Mosque, Mahatet El Raml (Raml Station) tram and the Fair Zone of Alexandria.

There, you can find several antiquities and excavations that date back to the era of the Greeks and the Ptolemaic dynasty.

It is one of Alexandria’s historical neighborhoods that is believed to house the tomb of Alexander the Great. Moreover, it contains a number of important monuments and attractions, including the Roman Amphitheater and the Pompey’s Pillar.

It is in the coastal area of Alexandria as it overlooks the Mediterranean Sea and has wonderful views. It is interesting, yet challenging, for a photographer to take pictures in that district as it mixes natural beauty with old civilization.

Ras El Teen includes a group of the most important tourist attractions in Alexandria, including a Citadel of Qaitbay, Ras El Tin Palace, Abu El Abbas Mosque and the Greco-Roman Tombs. 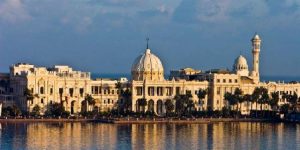 It is a crowded district in Port Said city in north east Egypt. It extends over an area of 1,592 square kilometers.  Around 48,000 people live in the city. It is one of the oldest neighborhoods in the city that overlooks the Mediterranean Sea.

The district has a set of the most beautiful gardens in Port Said; the most famous of which are Saad Zaghloul Park and the Shatee’ Garden.

It also embraces the Port Said Military Museum and the renowned Abbasid Mosque.

It is one of the most important streets of Tanta and one of the famous historical neighborhoods of Egypt. This street was named after Mostafa El-Nahhas Pasha, a famous Egyptian politician who has been the prime minister for only three months in 1928.

Tanta is located between Cairo and Alexandria.

The street in Tanta, one of the largest populated areas in Egypt, has the Delta City Mall and Abu El Abbas Mosque. It intersects with the famous El Bahr street.

It is one of the oldest neighborhoods in Suez in northeastern Egypt. The majority of the city residents inhabit in this neighborhood.

It also has a group of famous tourist attractions, including El Arbaeen Mosque.

Moving to Giza governorate in Greater Cairo, Agouza is a historical neighborhood.

Giza is on the west bank of the Nile. It is known for possessing ancient landmarks and antiquities, including the Great Pyramids of Giza and the Sphinx.

Agouza overlooks Nile water and also contains some of the most famous landmarks in Greater Cairo, including the Balloon Theater.

The district was named in the time of Nazli, daughter of Soliman Pasha El Faransawy, the founder of the Egyptian army in the era of Muhammad Ali Pasha who ruled Egypt between 1805 and 1848.

The Nile Street is one of the most famous streets in the luxurious district of Agouza, which overlooks the Nile and houses many fine restaurants and famous stores.

Benha is around 45 kilometers away from Cairo, the capital. The Athribis is one of the historic neighborhoods of Egypt, which many Egyptians are not familiar with.

The history of this neighborhood dates back to the time of pharaohs, and still shows traces of the ages it had witnessed, especially Roman antiquities.

The neighborhood includes a number of important landmarks in the city of Benha, including the Kafr El Saraya and the Benha Sporting Stadium.

West Golf, El Gouna; A Paradise out of The Desert