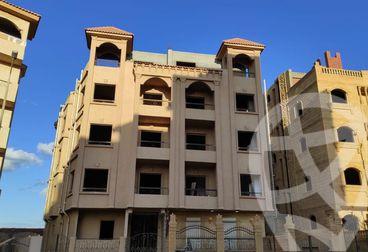 Sheikh Zayed City is very popular with people, as it enjoys a mixture of modern atmosphere and European-style urban planning, which made it gain attention from real estate developers.

Tiamo City Compound has emerged as one of the most important residential projects in Sheikh Zayed City.

Find your property in Tiamo City in Sheikh City

Tiamo City compound is one of the best residential and service projects that attracted the attention of many seekers of excellence and sophistication, due to its distinguished strategic location.

Tiamo City compound is located minutes from the 26th of July axis, and the exterior of the compound can even be seen from the highway.

Tiamo City compound had many attractions that made it easy to get in and out of it. It saved the residents time and effort in reaching the heart of the city, unlike other real estate projects, some of which were characterized by remoteness and distance from urbanization and highways.

Division of the Tiamo City Project in Sheikh Zayed

The developer took advantage of the large area of ​​the project and focused on providing the largest amount of green spaces from dense trees and rare plants, to create a sophisticated environment in the spirit of pure rural life, as well as modern designs, and architectural styles that increase the beauty of the external facade of the compound, and the roads Paved and wide streets, which adds privacy to the residents.

In addition to equipping the project with all basic facilities such as electricity, water, gas connections, internet cables, and mobile networks, it also provides a range of services, which contribute greatly to achieving all that the customers and residents aspire to.

The compound includes jogging and cycling tracks, a social club that includes many sports fields, and a gymnasium equipped with the latest sports equipment, to encourage everyone in the neighborhood to exercise and enjoy a good healthy life.

The compound also has special places for parties and family gatherings, places for children to be playful and safe. In addition to some shops that provide everything, the residents need throughout the day.

The project guarantees a safe and stable life for its clients, with the presence of security personnel and guarding 24 hours a day, and surveillance cameras, and it also provides periodic maintenance services, which may not be provided by other scope projects.

Tiamo City is located in the vicinity of many public, private, experimental, and international schools, as well as important universities, such as:

Because Tiamo is close to the central axis, it is located in the vicinity of many important commercial centers in Sheikh Zayed, such as:

In the vicinity of Tiamo City Compound, there are many facilities and hospitals that provide distinguished medical services, and the most famous examples of these gatherings are:

Buy your property in Sheikh Zayed on Aqarmap

Tiamo City Compound is one of the exceptional projects that has been able to satisfy all tastes, as it is characterized by a variety of types of units in Tiamo City, to meet all the needs of its researchers, for different individuals from small or large families, given that it includes villas and multiple types of small and large apartments in space in Tiamo Compound.

You may find regular apartments in Tiamo City, duplexes, penthouses, and apartments with a private garden, which satisfies all tastes and needs.

There are also other units for rent with different spaces, which can be used in various commercial projects.

The spaces of properties in Sheikh Zayed City varies within the compound and the properties offered for rent in Tiamo City, according to the multiplicity of their types and the different divisions in them, to suit large and small families, for example, you will find the following:

Those wishing to buy can also get any of these properties in Tiamo City, fully finished, super lux, or semi-finished, leaving you the freedom to choose what you want from specific decorations and colors.

Competitive Prices in the Tiamo City Project in Sheikh Zayed

There is no doubt that the prices of all units vary according to the area, but Tiamo City is one of the best prices in Sheikh Zayed City, which is widely commensurate with its facilities.

The compound offers a variety of residential and non-residential properties, some of which are fully finished and others semi-finished, based on the customers’ preference.

Sheikh Zayed City is one of the most important second-generation cities that follow the cities of Giza Governorate. It is also a suburb of Greater Cairo, which increases its distinctive and important geographical location for all citizens.

The city is a few kilometers away from the most important vital areas and high-end neighborhoods in Greater Cairo, especially Lebanon Square in Mohandessin, as well as from Tahrir Square in central Cairo, as it is an extension of the 26th of July axis, and it rises about 220 meters above sea level.

Know more about the most important compounds in Sheikh Zayed City!