Owning a unit in a new residential city that combines all the advantages is one of the ways for a successful investment. In the new city of Damietta, which overlooks the Mediterranean coast, all services are available, which turned it into an integrated city in a strategic location, and only a few hours away from Cairo.

Details of New Damietta and Its Division

New Damietta City was established by Egypt’s Prime Minister’s decision No. 546/1980, 40 years in which it has witnessed rapid and infrastructural developments in. Afterwards, the 2018 presidential amendment placed it in a larger context of an urban development plan on a national level. This, in return, provided the area with better opportunities for expanding and including more services.

Reserve Your Unit Now and Live in the Fifth Settlement, New…

The Helali Towers in the New Administrative Capital

Your Complete Guide About New Cairo.. Apartments and Villas

All You Need to Know About the New Administrative Capital

The total area of ​​New Damietta is 12798.31 acres; while its urban mass expands to an area of ​​7,960 acres. The city is located in the north of Damietta Governorate and extends on the Mediterranean coast with a length of 9 kilometers, and is 4.5 kilometers away from Damietta Port.  New Damietta is also known for including many recreational and entertainment services that provide its residents with a modern lifestyle.

New Damietta belongs to the first generation cities, which are affiliated with the General Authority for Urban Communities, and its goal is to provide integrated services for new urban and residential communities that cater to the different needs of the population.

The city is divided into 6 neighborhoods, each with 6 districts, and there are 3 industrial, central and coastal areas. Moreover, there are constant and periodic development processes and maintenance services that reach EGP 7 billion. 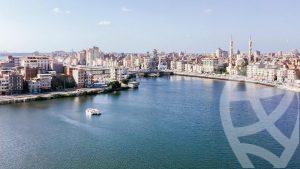 New Damietta is located in the northern side of Damietta Governorate, which is one of Egypt’s coastal governorates on the eastern side of the Nile Delta. It is only 17 kilometers away from Damietta’s capital and it is also near Gamasa and Ras El-Bar cities.

New Damietta is also 4.5 kilometers away from Damieetta’s port and it extends over the Mediterranean coast for 9 kilometers. The distance from New Damietta to Cairo is 190 kilometers from Cairo and it is easily accessible through the ‘Saheli Dawli’ (International Coastal) road, and the Damietta-Kafr El-Sheikh road.

New Damietta provides more than 86,404 residential units which are divided into private-sector projects and social projects, which are:

In addition to being a tourist center and a successful investment and choice of residence, New Damietta includes different services that provide its residents with everything they need. Some of them are:

New Damietta also includes other stages of education such as higher institutes of different specializations such as engineering, management and tourism.

Check for properties for sale in New Damietta!

The Industrial Districts extends over 560 acres, and it includes many industries such as: leather, furniture, clothing, and engineering; and the number of factories in this districts reaches 444 factory that include Qal’et Kartoon factory, Shouman factory, Mobiliana Furniture factory, and Ghazala factory for vans.

The Division of New Damietta and Its Neighborhoods

As previously mentioned, the total area of ​​New Damietta is 12798.31 acres; while its urban mass expands to an area of ​​7,960 acres. Moreover, the city is divided into 6 neighborhoods, each with 6 districts, and there are 3 Industrial, Central, and Coastal areas.

The number of residential areas in private residential projects is around 62,800. Some of the most famous projects in New Damietta are:

Established in 2012, Damietta University is one of the most famous landmarks in New Damietta city as it includes many majors such as literature, artificial intelligence, commerce, sciences, law, engineering, applied arts, medicine, nursing, tourism, among other majors. It focuses on contributing to the field of research and its total area is 200 acres.

The prices of units in New Damietta City vary because of the different types of units the city has, and the difference in the levels of housing (luxury, medium and distinctive housing).

Prices range between EGP 120,000 and EGP 300,000 for low-income or rental units, and they reach an average of EGP1 million for distinguished units. However, you can always find the updated price list on Aqarmap that is constantly updated based on the latest trends.

Start searching for a wide variety of properties on Aqarmap!

Your Guide to Youth Housing Projects in Alexandria