Nasr City is one of the biggest districts in Cairo and was established as a stretch of Heliopolis. Most of its buildings are multi-story, and it is divided into two parts:

Additionally, there are many lands that are suitable for establishing investment projects surrounded by all elements of success in Nasr City. They can be accessed through the Ring Road, El Nasr Road, the Corridor, or by the subway; El Istad and Ard El golf stations.

There are other means of transportation in Nasr City, including minibusses, microbus (taxis), Public Transport Authority buses, and tuk-tuks, such as in the Tenth neighborhood where the streets are narrow.

Most important neighborhoods in Nasr City

It is the most luxurious neighborhood and called the Golden Square. The average price of apartments is EGP 1,500,000.

It is home to expatriates from different countries, such as: Somalia, Sudan, Malaysia and others.

It is one of the most famous places in Nasr City due to its distinguished location between Abbas El-Akkad and El-Tayaran streets. It is inhabited by the middle and upper middle classes.

It is a calm neighborhood with buildings consisting mostly of ten floors.

The most important streets in Nasr City

Unlike many other Cairo neighborhoods, Nasr City is characterized by a modern road, street network and planning systems, such as:

It passes through the first neighborhood, and is one of the most lively streets, with many shops, the international park, and Wonderland amusement park. 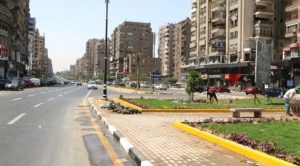 It ends with Rabaa Al-Adawiya Mosque and the headquarters of the Egyptian Squash Federation.

It has many restaurants and El Ahly club.

It has the child park and City Stars Mall. 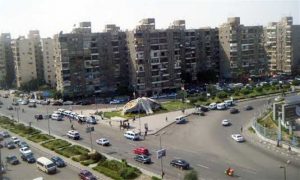 It is the longest street in the district. 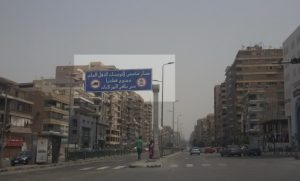 It is home to El Zohour Club, the headquarters of the Ministry of Manpower and the Health Insurance Hospital. It is the least crowded streets in Nasr City.

Services and landmarks in Nasr City

As for health services, there are many public and private hospitals that are suitable for all middle and upper middle classes. Also, there are many well-known pharmacies to provide all medical needs. Here are some of them:

Nasr City is one of the most suitable districts for hiking, shopping, and recreation, as it has many malls, restaurants and cafes, such as:

City Stars Mall has nearly 300 shops, including clothing, gifts, accessories, furniture, and computer stores, in addition to about ten big restaurants. It is also distinguished by a natural ice rink, in addition to 6 cinemas.

City Stars Mall is an integrated shopping mall, where you can make shopping from more than 643 stores for the latest international brands, in addition to local stores and various retail outlets, so you can choose whatever suits your taste and needs.

Learn about the best places for renting stores in Nasr City

As for educational services, you will find: Al-Azhar University, which is the largest Islamic scientific institution in the world.

Schools vary between government and private, such as:

There are great places of worship in the city, such as Al Rahma Mosque, Al Rahman Al Rahim Mosque, Al Rashdan Mosque, and many other mosques that are characterized by the splendor of construction and beauty of the design.

It also includes the Church of the Virgin Mary, the great martyr Mar Mina, and St. Athanasius the Apostolic.

Nasr City also has a number of famous function houses with halls for all occasions, such as weddings and conferences, including:

It is located near Cairo Stadium, and the main parts of the panorama are:

It is located on the western side of the city, and is a pyramid-shaped concrete structure, which combines courage, dignity, eternity and sacrifice. It was designed by the artist Sami Rafe’e.

It hosts conferences and exhibitions inside the republic, in a way that helps marketing the local and national products internally.

The official stadium of the Egyptian national football team, as it is the first of its kind with Olympic standards in the Middle East and Africa. It was designed by German architect Werner Marsh and developed in 2005 to host the 2006 African Nations Cup and the 2019 African Cup of Nations. 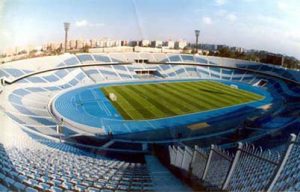 It is a public park on Abbas El Akkad Street. It is called International because each country is partially represented in it by their trees and animals, so that it has the most famous trees and animals of Emirates, Saudi Arabia, Japan, China, Argentina and almost all the Arab and foreign countries.

Therefore, it is one of the most important tourist places in Cairo, and the Egyptian government considerably supports it. The entrance fees are symbolic for everyone to enjoy. 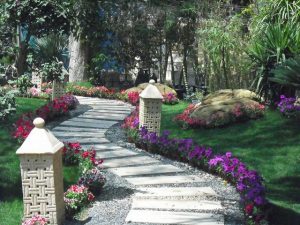 Learn about Al Massa Hotel and its services

* It is worth mentioning that the prices mentioned in this article are subject to change, and we, in Aqarmap, continuously keen on updating the neighborhood price list, so that the customer becomes aware of the changes taking place in the real estate market, as well as we measure the demand indexes via Aqarmap index.

Start searching for properties in Nasr City on Aqarmap

Willing to live in one of Nasr City districts? Know average prices

Most important information about the finest districts of Nasr City