Willing to live in one of Nasr City districts? Know average prices

Living in one of the districts of Nasr City means that commercial buildings, malls and all facilities as well job opportunities are at hand.

So if you are interested in owning a property in Nasr City, this article is for you. Let’s take a quick glance at the prices of properties per square meter, which also differ from a district to another.

The renowned district lies in eastern Cairo, the capital, near the elegant districts of Heliopolis, El Mukkatam and New Cairo. In fact, Nasr City is an extension to Heliopolis district, which is characterized by elegance and modernity.

It also has the advantage of being close to central Cairo and being of a high trade activity, as it embraces a large number of shops, malls, medical facilities and schools that most, if not all, of other districts in Cairo.

Nasr City is a place for all social classes, as it houses working-class areas, middle and upper middle class areas and elite places.

You can reach the district through many main roads such as the Ring Road, El Nasr Road, the Martyr Corridor (Mehwar El Shahid) or by taking the underground metro and getting off in the Stadium or Fair Zone stations on the third line of the metro.

Owning an apartment in Nasr City requires you to know the prices per square meter, in order to make sure it suits your budget.

This list of average prices was recorded in the beginning of 2019, and can slightly change from time to another.

It is competitively one of the most energetic streets in Nasr City. It intersects with Mostafa El Nahhas street and Zakir Hussein. It also links the Embassies District and El Nasr Road.

Among the advantages of this area is the existence of plenty of shops, restaurants, cafés. Abbas El Akkad also houses the Wonder Land Mall and the renowned International Park.

The average price of apartments in the street reaches EGP 7,850 per square meter. 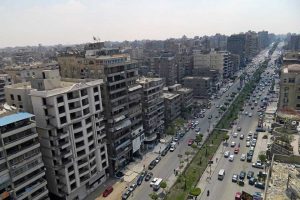 It is one of the most famous main roads in Nasr City.

Walking along the street, you can find many furniture stores and shops of top brands of ceramic. You will also pass by the giant City Stars mall and Hadikat Al Tifl (Kids Park) as they are the most famed landmarks of the street.

The average price of apartments in Makram Ebeid reaches EGP 7,050 per square meter.

Many people call it “The Golden Square,” as many foreigners and companies compete to inhabit in it. It is one of the most famous areas of Nasr City and among the most expensive as well.

The First Area contains luxury and upper middle buildings. Traffic congestion can be considered the only disadvantage.

The average price of apartments in The First Area reaches EGP 7,300 per square meter.

It is located near New Cairo and is one of the most money-saving districts in Nasr City.

Zahraa Madinet Nasr is the last to be built in Nasr City. It houses middle and upper middle class apartments as well as working-class units, all established on a land that belongs to the Egyptian Armed Forces.

It is one of the most known and widest streets in Nasr City.

It is a wide road with many wide side streets, which has almost all services including restaurants and places to hang out. Finding famed Ragab Sons supermarket and El Manhal Private School means you reached your destination. 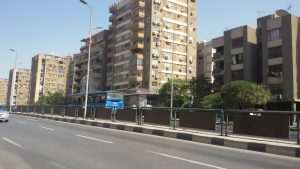 It lies between the Sixth District and Mostafa El Nahas, as one of the oldest districts in Nasr City.

Main landmarks of the Seventh District include Nasr City Courthouse and Police Hospital. It has a number of main roads such as Zakir Hussein and El Tayaran street.

It is located near central Nasr City. The average price of apartments in the Seventh District reaches EGP 6,200 per square meter.

It is an energetic district that has various housing classes including working-class and middle-class apartments.

The Tenth District is located between Ahmed El Zomor street and the extension of Hassan El Maamoun street. It encompasses the enduring Car Market and car repair shops. Traffic congestion is a disadvantage.

The average price of apartments in the Tenth District reaches EGP 4,300 per square meter.

Most Important Information About The Finest Districts Of Nasr City

Landmarks and facilities to know in Nasr City

– Central Agency for Organization and Administration

– The Ministry of Planning

– The Ministry of Finance

Note: The prices mentioned in the article are subject to change. Aqarmap is always keen to continuously update prices of apartments in various districts and keep customers updated with the changes in the real estate sector.

Start searching for properties in Nasr City on Aqarmap

Most important information about the finest districts of Nasr City